Posted on 18th December 2021 at 21:42
December's full moon falls on Sunday the 19th at 4:35 am (GMT) and is a micromoon. Due to its elliptical orbit around the Earth, it is farthest away and will appear much smaller.
December's full moon is traditionally called the “Cold Moon” which is self-explanatory in the northern hemisphere.
As it falls in the air sign Gemini and opposes the Sun in fire sign Sagittarius we will feel both of the Zodiac signs' influences on our psyche. Both are mutable (changeable) and mentally agile and you may find that your thoughts move between the poles of analysing everything in detail and being more philosophical and seeking higher truth by looking at the bigger picture, especially as the Sun in Sagittarius is conjunct the Galactic Centre. The Galactic Centre is at the centre of the Milky Way and is steering our evolutionary awakening.
Whilst full moons often bring crisis and conflict, this full moon can also bring amazing insights on a personal and global level.
Shortly after, Venus turns retrograde in Capricorn, which will last 6 weeks as it creates transformational and ultimately healing alignments with Pluto followed by Chiron stationing direct. 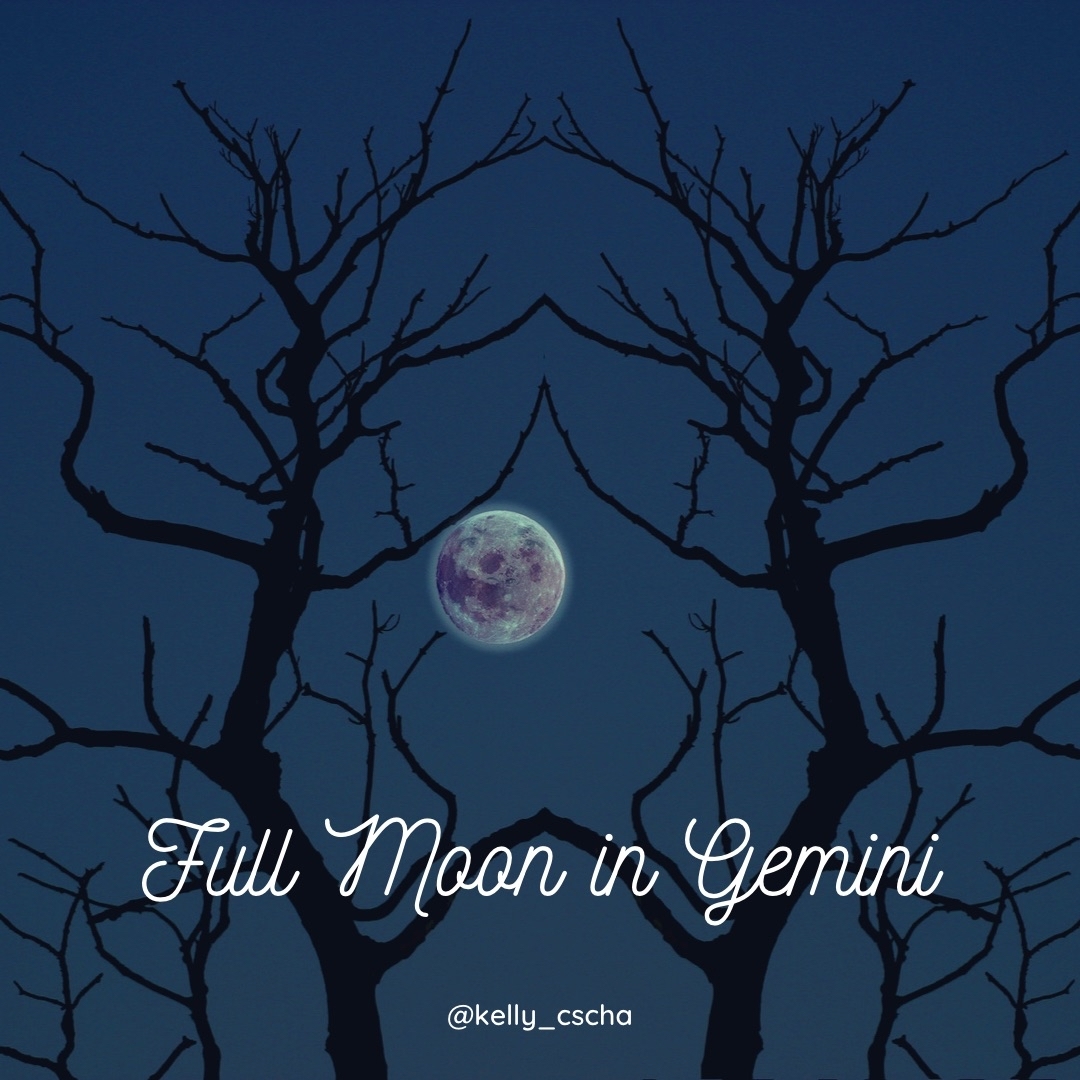